The Oak Harbor Garry Oak Society preserves existing Garry oak trees by removing invasive species that threaten existing trees, by planting Garry oaks in new areas, and by advocating for the preservation of existing oaks that may be threatened by development or land use. Our preservation efforts are crucial to the survival of the Garry oak in our community. Oaks are slow growing and have lost as much as 99% of their original habitat. Continual preservation efforts will ensure that our city’s namesake lives on in our community for future generations. 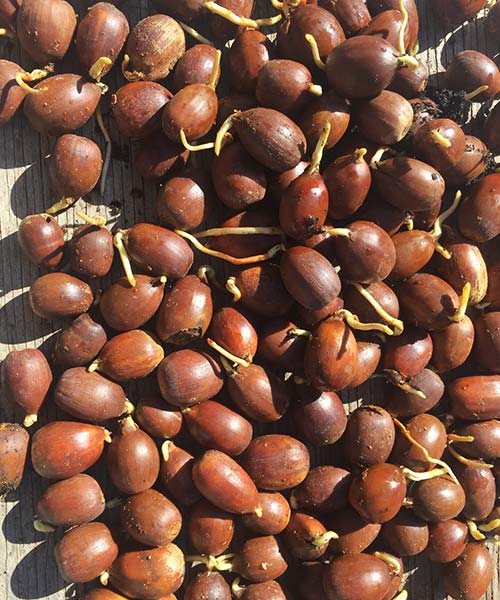 Planting Garry oaks on Whidbey Island is one of the primary objectives of the Society. We aspire to continue the living legacy of the Garry oak so that future generations can enjoy the many benefits these unique trees provide.

In just a few short years, we have formed valuable partnerships and planted Garry oaks in numerous of locations. You’ll find newly planted along Regatta Drive, at the School District Headquarters, near the marina, at the Navy Lodge, Windjammer Park, Freund Marsh, and Oak Harbor’s Centennial Oak Grove; that’s just the short list!

We are thankful for the many wonderful people who have welcomed the idea of planting Garry oaks – the legacy of the Garry oak continues because of you. 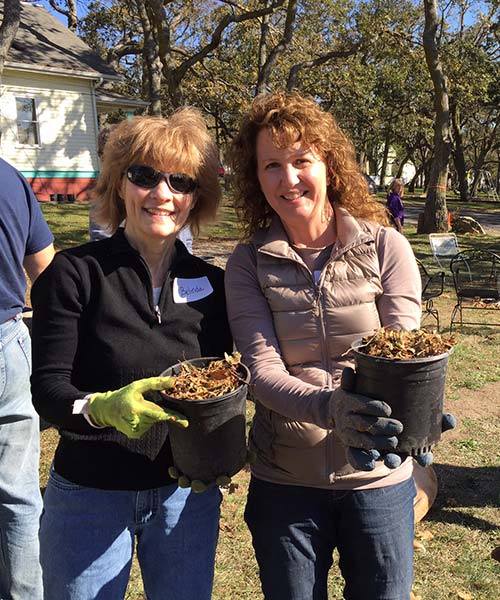 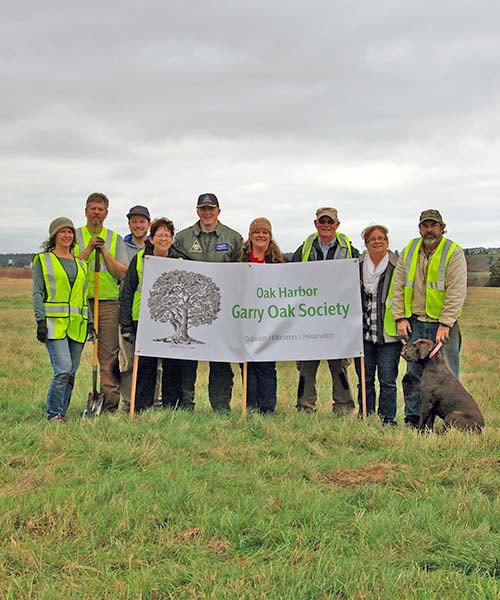 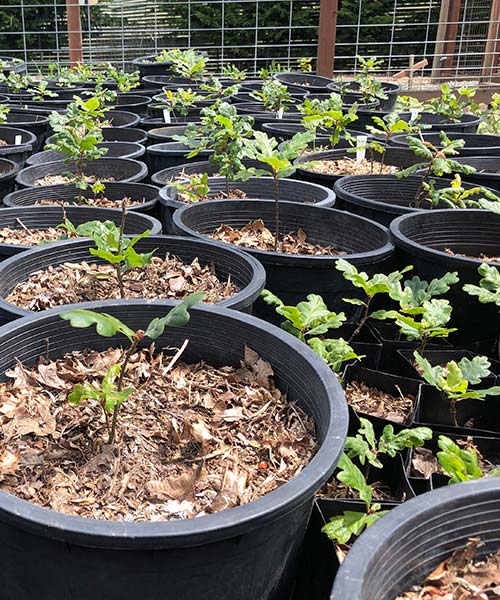 Demand for local DNA Garry oaks continues to increase, and we have always have community planting projects on the horizon. In order to successfully meet this demand, we are growing hundreds of trees of various sizes for planting, donation, or sale to the community

Our Garry oak tree nurseries are run by Society and community volunteers on private properties. This method not only saves money but allows for
acclimatized trees ready to be planted at a moment’s notice. By growing trees from local acorns, we are preserving the unique genetic heritage of our local Garry oaks. 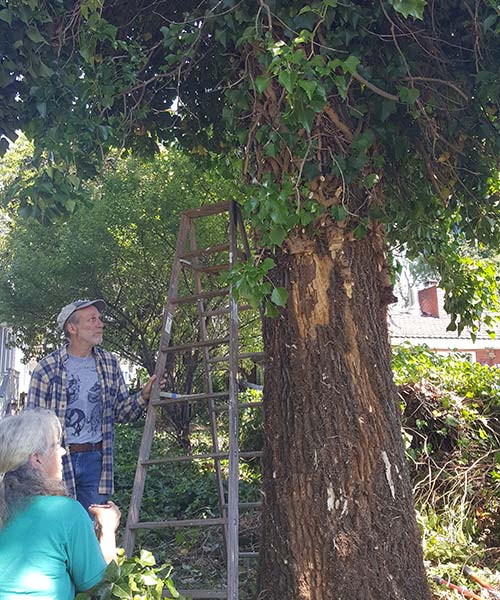 English ivy is one of the leading causes of death for mature Garry oaks in Oak Harbor, but the good news is that it’s easily preventable.

The problem with ivy is that it robs oak trees of light and nutrients, it also impairs crucial gas exchange by wrapping itself tightly to the tree bark. Over time, the tree is weakened and will strangle and die, unable to compete with the fast growing ivy.

The Garry Oak Society works to educate landowners about the risks of ivy-related tree mortality. To do this we have an active outreach campaign and have helped homeowners remove ivy from their mature Garry oaks.

If you have a Garry oak with an ivy problem, the first step is to cut the ivy at the base of the tree, and then cut again 7 feet up the tree. Remove the ivy from around the tree as far up as you safely can, taking care not to damage the tree bark. The ivy in the soil can then be pulled by hand or carefully killed using an herbicide. 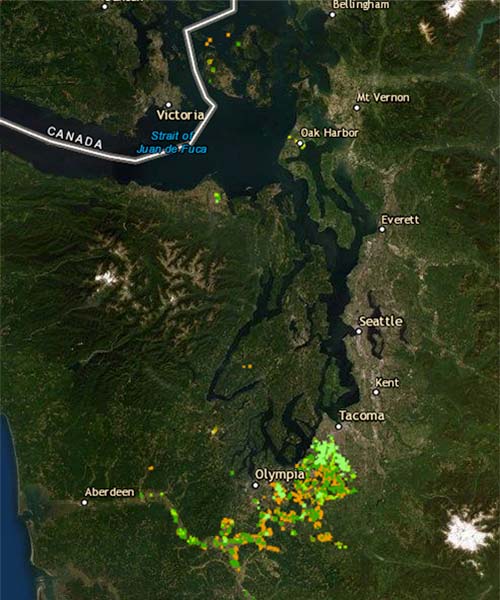 The goal of the Sound Oaks Initiative is to comprehensively map the Garry oaks of the North Puget Sound to benefit nature and humanity.

The Garry oak (Quercus garryana) is the only native oak of Washington State. Garry oaks provide crucial habitat to hundreds of plants and animals, some of which have become rare. The Garry oak ecosystem is classified as a critically imperiled ecosystems in our state. According to the US Forest Service, up to 99% of Garry oak habitat has been lost in some areas of the Northwest.

The Sound Oaks Initiative builds upon existing Garry oak inventory data to further improve our understanding of Garry oak habitat in the Puget Sound region. The mapping data generated by this project has multiple uses and beneficiaries. Using cutting-edge GIS science in the digital cloud, interactive maps are available in an easy to use map viewer to encourage stakeholder access and conservation collaboration. 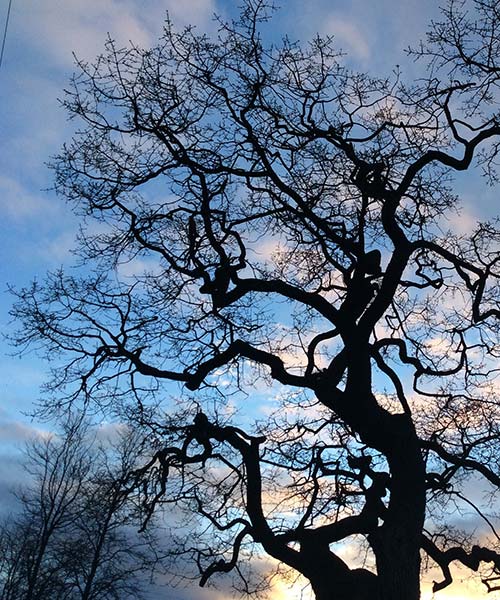 This is a program that we anticipate launching over the next couple of years. The primary outcome of the heritage tree program is to promote the appreciation and preservation of Garry Oak trees. The program will identify, inventory, and celebrate the significant Garry Oak trees on public and private property.