The Oak Harbor Garry Oak Society has the pleasure of partnering with a wide range of community organizations and entities to further the cause of the Garry Oak. We believe that by collaboratively involving as many groups and people as possible, together we can achieve our long term goals. Below are just a few of the partnerships we have formed. We are always looking to build new partnerships. If you are interested in exploring a partnership with the Society, please contact us, we would love to hear from you! 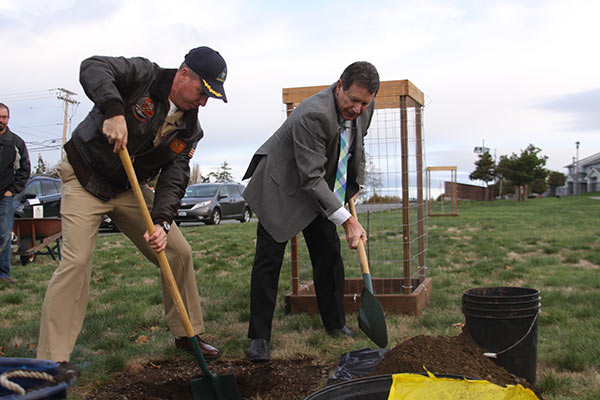 Naval Air Station Whidbey Island is host to hundreds of acres of natural areas, including Oak Crest – the last remaining, intact Garry Oak savannah on North Whidbey. The Garry Oak Society has formed a strong partnership with the Navy which has resulted in two large Garry oak planting projects, 32 new Garry oaks along Regatta Drive and the 15 new Garry oaks around the Navy Lodge on the SeaPlane Base. As of 2017, our partnership has created 12.5 acres of new Garry oak habitat. 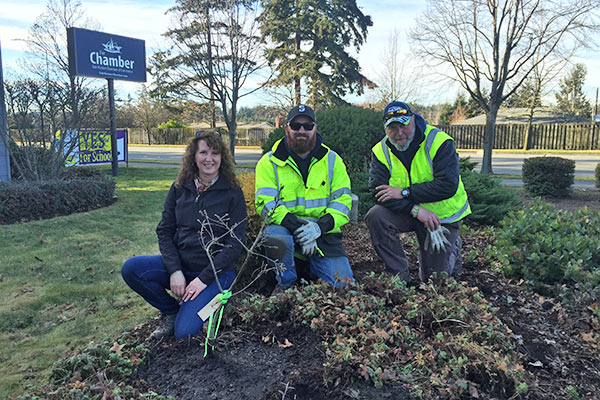 The City of Oak Harbor has been a significant Society partner from the very start. We have planted Garry oak trees alongside city staff and community volunteers at the Centennial Oak Grove, Regatta Drive planting, and more! The city owns hundreds of Garry oak trees and the Society looks forward to building on our very positive partnership thus far. 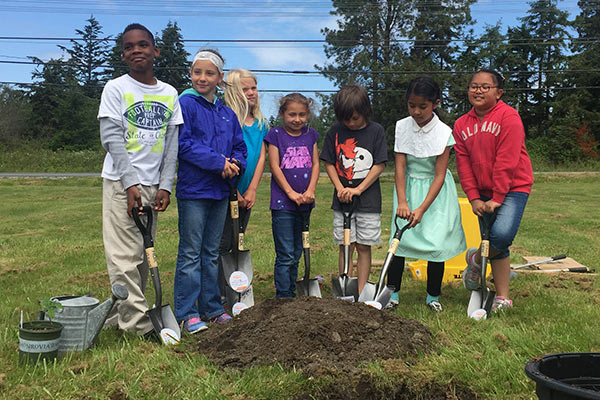 The Society has partnered with Oak Harbor Public Schools with several student-involved Garry oak plantings on school grounds and we look forward to expanding this partnership! A long-range goal of the Society is incorporation of Garry oak education into OHPS curriculum. 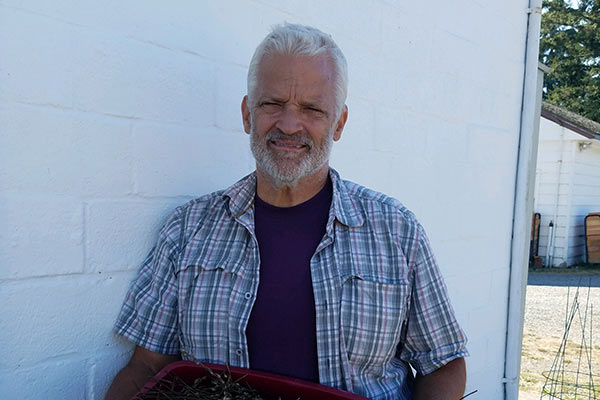 The Garry Oak Society has partnered with the Pacific Rim Institute to provide Garry oak seedlings for planting in their Garry oak savannah. In turn, they have graciously allowed us to use their meeting space and took us on a tour of their amazing property. Also, in support of our restoration efforts at the Native Garden (at the Oak Harbor Post Office) PRI has been most generous in sharing native flowers, grasses and shrubs. 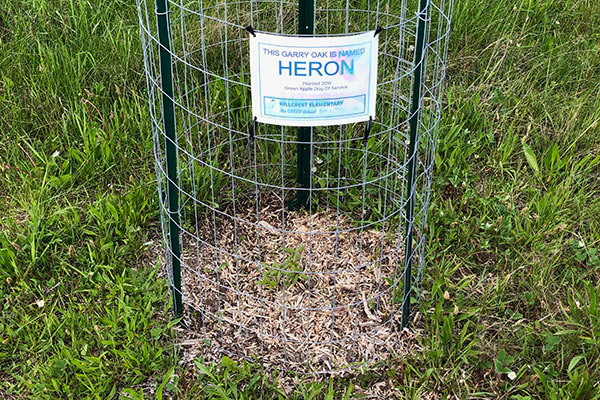 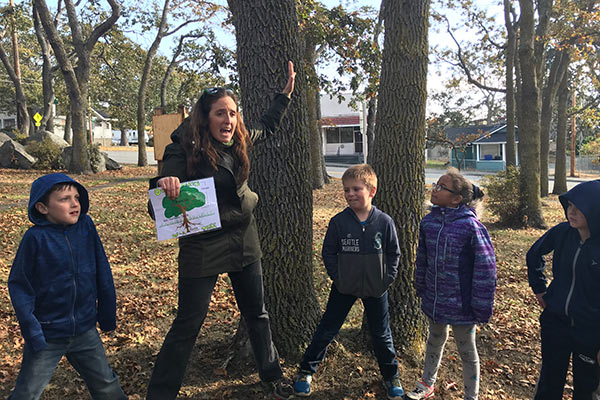 The Whidbey Conservation District has been a strong encourager since our inception, providing the Oak Harbor Garry Oak Society with young saplings for our first Arbor Day planting. WCD is one of our go-to entities for questions or concerns about native plantings around our locale.

The Oak Harbor Garry Oak Society is comprised entirely of community members that share a passion for the Garry Oak. The Society has partnered with many community members at work parties, plantings, and other events to spread awareness of the need to conserve this amazing species. The Chamber of Commerce in Oak Harbor has published our Tree Tour map and housed some of our artwork promoting our Garry oak neighborhoods. The friendly staff at the Oak Harbor Fire Dept. have welcomed us into their public meeting room for our monthly general meetings. The Whidbey Presbyterian Church has also provided meeting space on occasion and allowed us access to their campus of mature Garry oaks for photographs and studies. Whidbey News-Times partnered with the Society for Arbor Day 2016 Essay Contest in large layout coverage and color print.