Oaks, a Mural, and Native Plants in our Landscape

Oaks, a Mural, and Native Plants in our Landscape

Oak Harbor Garry Oak Society is excited about the completion of the new mural painted on the side of a building at the corner of Jensen Street and E. Pioneer Way. The mural, depicting a Garry oak meadow at sunset, points the way to historic Smith Park, which contains hundreds of ancient Garry oaks, as well as native plants and wildflowers in the heart of old town Oak Harbor.

The mural was funded entirely by private donations from the Oak Harbor Garry Oak Society, Oak Harbor Main Street Association, Island thrift, and other donors, as well as friends, members, prep painters, the Whidbey artist, as finally, the building owner, who made Oak Harbor’s first Garry oak mural a reality. We hope that this mural will bring our iconic Garry oaks to the forefront of community awareness, and it will it will be enjoyed for many years to come.

The mural is important in that it displays the image of a pre-settlement Garry oak meadow, a setting that hasn’t been seen here since the 1850’s . While Garry oak trees on their own still stand in Oak Harbor they are often stranded in pavement or turf, away from the tapestry of life they once presided over. As is true for other parts of the Pacific Northwest, only small fragments of original Garry oak ecosystems have survived urbanization on Whidbey Island.

Besides the native plant restoration in Smith Park, OHGOS’s Native Plant Garden pocket park at the Post Office in Oak Harbor is a fine example of Garry oak associated native plants.  This time of year the pollinators are simply “buzzing” over the site. Be on the lookout for two wonderful interpretive signs, designed by OHGOS, which will be installed in the native garden later this summer! 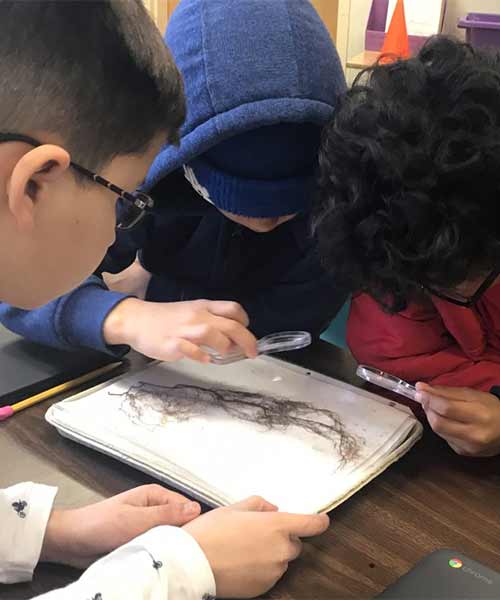 Building on the momentum of our Garry Oak Legacy Project, this spring we made classroom visits to Broadview Elementary and Olympic View Elementary, reaching close to eighty 2-4thgrade students. We shared all about Garry oaks and their ecosystems, and students engaged in acorn planting and seedling planting. Students were given hands-on experience with Garry oak specimen collections, such as leaves, stems, bark, acorns, moss and lichens, cross-sections of Garry oak wood, and useful items hand crafted from Garry oak wood. Students were also shown the video featuring Oak Harbor’s Garry oaks, and participated in story time with oak-related books.

At the High School level, OHGOS is proud to announce our first ever scholarship, in the amount of $500.00, awarded to OHHS senior and OHGOS member Autumn Coker. Way to go, Autumn! Autumn will soon be on her way to WSU, where we know she will excel. 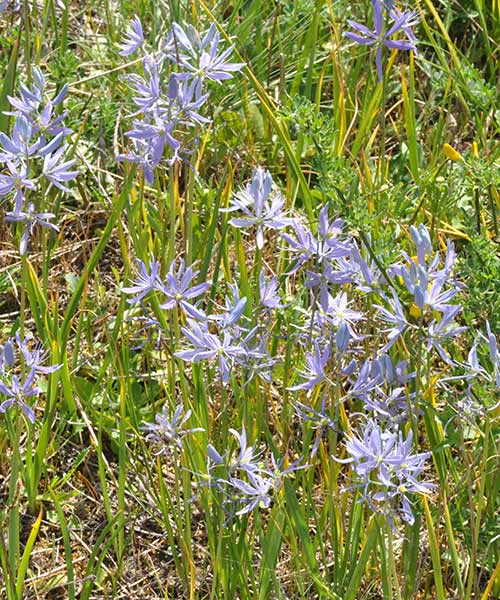 Our group field trip in early May to Prairie Days at Glacial Heritage Preserve and Mima Mounds in Thurston county was a rich experience. We got to see colorful wildflowers blooming on the prairie, including gold, orange, and red Indian Paintbrush, a native butterfly or two, meet Garry oaks meandering along the Black River, and we even got to dig for camas. (A bit harder than we thought it would be!) We were thankful for the sunny weather on our trek. Next year we are hoping to get up to Lopez Island, one of the best preserved native landscapes in all of the San Juans.

About the Author: Laura Renninger

Laura is a native of Whidbey Island and grew up with a reverence for the Garry Oaks in Oak Harbor. In addition to being a founding member of OHGOS, Laura is a Registered Nurse and has worked in acute care for the last 30 years. Laura and her husband, Barry, are avid gardeners.